Indian has been recognized as a sacred land of Yogi, Muni and Spiritual Masters (Gurus) who help people in the path of enlightenment. All the traditional teachings by the great scholars of Veda, Vedanta, Upanishad, Purana, Yoga and Ayurveda have deeply impacted the lives of people since ages. In line with the traditions and practices, there have been a number of special centers and Ashrams which are being guided by learned Sadhus and Yogis in various places of India. 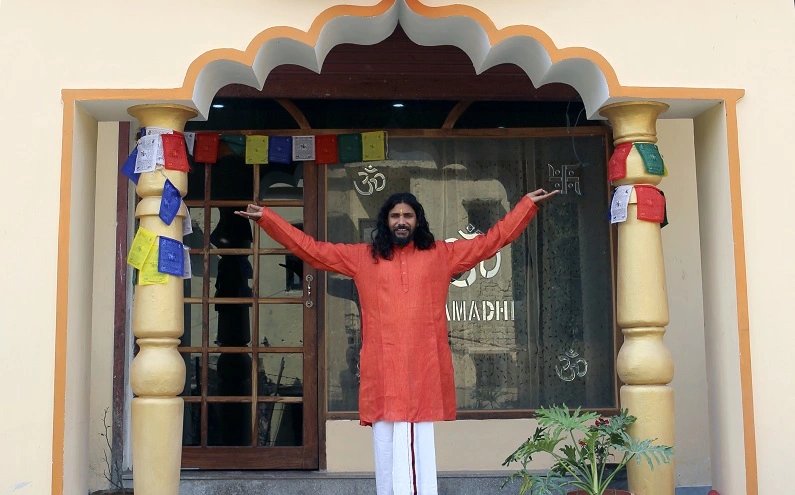 Rishikesh in the foothills of the Great Himalayas has been one such place, which has been bestowed with a beautiful combination of serene nature with fine forests and pure flow of Virgin River Ganga quite away from the pollutions and hotchpotch of so-called modern civilizations. This is the reason, why Rishikesh has many Ashrams, Maths, Yoga Training Centers, and such others where people often come to seek inner bliss and happiness through the divine guidance of spiritual masters. In a truer sense, Rishikesh has been recognized as the Yoga Capital of the world for its special features.

Our School is one of the most famous School in Rishikesh, which has a great tradition of holistic spirituality with integrated yogic practices and other aspects such as Vedanta learning, Yoga Sadhana, Meditation Practices, Mantra Chanting, Tantra, Pranayam, and others. Under the guidance of revered Yoga Trainer and the founder Yogi Vishnu Ji, Samadhi Yoga Ashram has gathered fame of being the best Yoga Teacher Training Center in Rishikesh catering all the ancient and modern forms of yoga for a healthy and spiritually enlightened life. Our Ashram makes the best use of ancient knowledge and contemporary skills in the serene locations of Rishikesh to spread the superiority of yoga worldwide.

Ashram is a place where you make “Shrama” means effort, but here all your effort is targeted to bring balance yourself and to rest completely in yourself. - Yogi Vishnu

The Samadhi Yoga Ashram under the guidance of Yogi Vishnu Ji has been developed as a platform that not only offers Yoga or Yoga Teacher Training in Rishikesh but also envisages to transfer this ancient technique in the most coveted manner with a deep understanding of its core principles, effects on the human body and soul as well as the philosophy behind each and every form of yoga. Our Ashram in Rishikesh can be termed as a modern ashram with all essential and logical components that praise the vibrancy of yoga in each and every action. We deliver yoga, not as a skill, rather we transfer this ancient and vibrant practice with thorough knowledge and understanding of its tradition, contextual values, philosophy, and scientific explanations of yoga.

“Yujyate Anena Iti Yoga!” – That which joins is yoga.

Many great philosophers and yogi gurus have explained the meaning of this simple yet versatile Sanskrit word – Yoga! We absolutely believe in the above words as it joins the physical body with the subconscious and super-conscious layers of mind in order to offer a deep enlightenment to the human being. As our core principle, our revered masters help the seekers to find the answers to questions that are expressive as well as inexpressive through verbal representations. We help a searching soul to explore and achieve the answers and thereby attain the eternal peace that is seldom found in a soul of this century. We train, guide and teach souls to understand and realize the true potential of yoga in order to achieve the objectives, for which he/ she has been interested in yoga. Samadhi Yoga Ashram ensures that each of its disciples receive exactly what they are searching for through appropriate training inside our Ashram. We offer a complete Gurukul system to spread Yoga and Pranayam with manifestation of supreme joy of peace and harmony worldwide.

The Ashram is belongs to you, it has a mission and that is to transform your life. It is a home of you whoever want to walk in the path of yoga and spirituality. - Yogi Vishnu

The founder of Samadhi Yoga Ashram, Yogi Vishnu Ji has been a devoted soul in the path of spiritual enlightenment since his younger days. In the process, he has come across numerous revered masters and enlightened yogis from various sects. He has been close to Swami Hari, Swami Mauni Babaji, Swami Veda Bharati, Swami Avdheshanand Giri, Swami Shankaranand Giri, and many others, who has guided his quest in search of enlightenment in different stages of life. The Ashram of Samadhi Yoga Ashram also follows the Himalayan traditions as demarcated by Adi Shankaracharya and has been following the principles regularly. Under the guidance of Yogi Vishnu Ji, the Samadhi Yoga Ashram has been popularizing the traditions as laid by the great masters of Himalayan tradition extending to Swami Rama, Mahavatar and Adi Shankaracharya.

The Samadhi Yoga Ashram is situated in the sacred land of Rishikesh near the world-renowned Laxman Jhula. Situated near the banks of the famous Ganga behind police station, this serene location offers great scope for learning and realizing the true meaning of yoga through deep teachings and practices. Samadhi Yoga Ashram offers a holistic Gurukul atmosphere with a sacred and spiritual ambiance. 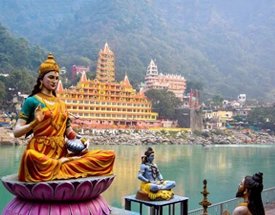 Our Ashram has a certain set of rules and regulations that are formed to offer a Chatwin atmosphere for all disciples undergoing training or continuing their quest for spiritual enlightenment. We ensure that each of these rules is strictly obeyed in order to maintain the sanctity of the Ashram and offer a purely joyful ambiance that is easy and adaptable.

There are different departments in Ashram entrusted with particular activities. And each of these departments maintains close coordination among them as well as with the founder and Management Board for smooth day-to-day operation. For Ashram inmates the day beings at the wee hours and follows the routines for Aarti, Prayers, Meditation, Pranayam, Yoga, Karma Kanda along with service to the people and other living beings. For our disciples, we have a set of regulations to offer uninterrupted learning and attainment of training to the best extent. Our attempt is to deliver a divine atmosphere to our visitors while maintaining the sanctity of Ashram with a disciplined routine.
Although our inmates are subjected to a strict and disciplined routine, we also make sure that the mind of every person stays relaxed in order to receive the best of teachings and spiritual guidance.

10 Tips to Get Rid of Anxiety and Depression Through Yoga

Why Should I do my Yoga Teacher Training in Bali?

Drop us a line and let us know how we can help.

If You Have Any Query Regarding Any Course 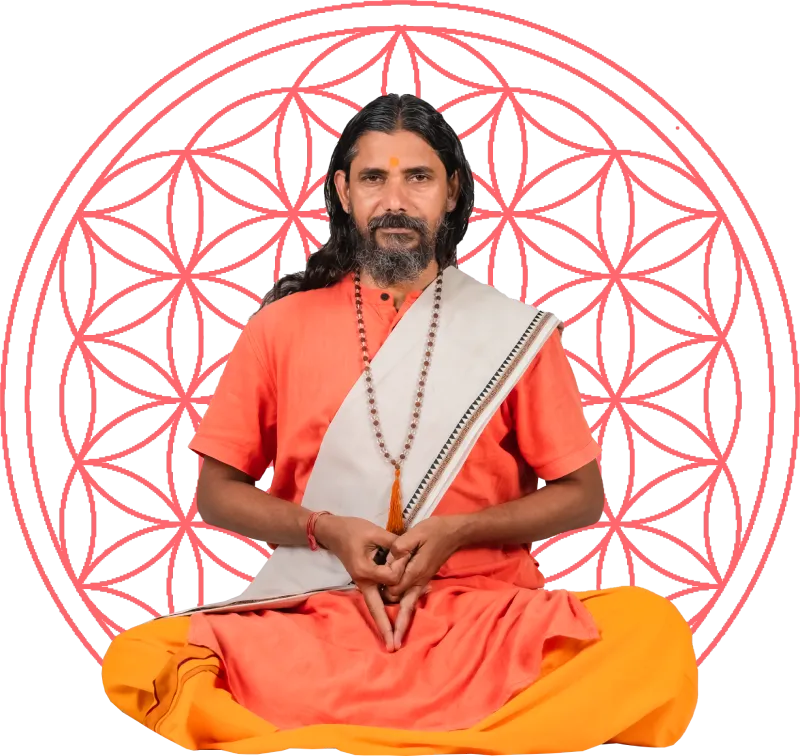 I trained with Yogi Vishnu Ji for a 200 hr self-paced traditional kundalini & tantra certification course. His warm and professional way of teaching aligned with how I learn best. The material is organized, there are supporting people behind the scenes and the course felt like a family. Since I was self-paced and I have limited internet, it was important for me to find a course where I could learn through videos 2-3 days a week. I took the whole 3 months to complete the course, however still feel connected to the knowledge and warmth of Yogi Ji... Thank you Samadhi Yoga Ashram for offering such a gift that will be passed to the world. 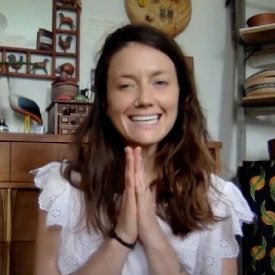 I have been practicing yoga for 3,5 years. I have always wanted to learn yoga deeper and to become one day a yoga teacher. I believe you can learn and study more just by teaching others. In this way, you can grow yourself and you can help other people grow as well. I had a lot of questions in my mind when I decided to register for Guru Vishnu’s yoga teacher training course. He promised that the course would change my life. But I didn’t expect that the changes in my life would be so rapid and huge. I am delighted with the level of preparation of any events, quantity, and quality of information! I am very impressed! 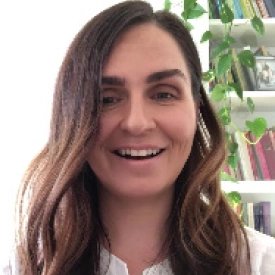 I am so grateful to have chosen to attend this school online, it really changed my perspective of learning yoga in a more traditional sense giving me the greatest understanding I need to continue my journey. The teachers are beyond amazing and the people you meet wonderful people from all over the world. I cannot wait to attend this school in India in the nearest future. I highly recommend this school. I love the traditional teachings which gave me the experience I needed to build a strong yoga foundation. It is definitely life-changing in the most positive way. I love this school!!! 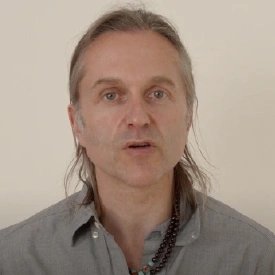 Well, my experience over the last month has been magical, to say the least. I had signed up for a Kundalini YTT and that Kundalini knowledge ended up being just the extra bonus. The daily lessons with Guru Vishnu Ji are something I feel everyone should experience in their lifetime, our world would be a much better place, that is for sure. The amazing group of my classmates from all over the world truly added a real sparkle to my experience. It is so incredibly refreshing to be surrounded by so many wonderful, like-minded people, even if only on a virtual platform for now. I can not wait to meet my new family live in Rishikesh when the time is right. 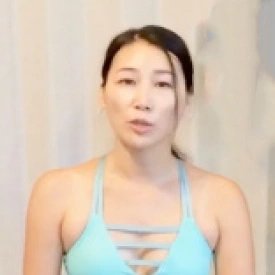 I had an amazing experience with Samadhi Yoga Ashram for my Kundalini Yoga Teacher Training. It was an online version, but they did so well in helping to feel deeply connected to the teachers, staff, my Guruji Vishnu, and my fellow students around the world. They are authentic, warm-hearted, and very supportive in helping students find their path as not only a yoga teacher, but a student, a yogi who lives yoga as a way of life, and in navigating personal and collective wounds. I highly recommend it to anyone seeking traditional yoga as a way of life and in guiding others on their path too. It was a life-changing experience, following a very challenging couple of years. I am finally feeling whole again. 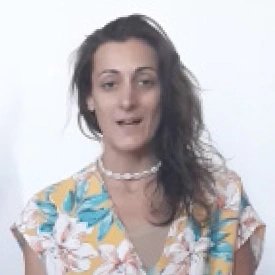 Staying at the Samadhi Yoga Ashram for my 200-hour yoga teacher training was the best decision I ever made. The staff and teachers were super friendly and knowledgeable. By the end of the 18-day intensive training we were so close, always laughing and hugging. I really feel like we all became a family. I made amazing memories there. The facility and accommodations met my expectations and had everything I needed. When I went in December it was a little cold but if you have enough blankets you will be fine! The staff also has plenty of blankets for people to use if needed. The food was delicious and plentiful every day. We also had enough time for breaks throughout the day to explore the town and have fun. Would highly recommend it!

Check Our Other Reviews

If You Have Any Query Regarding Any Course